I feel like every Monday I sit down to write my post and want to start by saying ‘wow, what a crazy weekend!’ but it’s true! This weekend was no exception..

Saturday was long and I ended up teaching for 6 hours. I was shattered by the time school finished and we got home (after a cheeky donut stop), but had plans to go out with some of the other teachers.

After a quick nap I was ready to hit the town 🙂 We went to a bar first and got out manly fix in before heading to a gay club! The bar was fun – full of beer, rock music and football!

Then the night got wierd…! I should start by saying that I have never been to a gay club before so had no idea what to expect, but one of the Indonesian teachers is friends with the DJ who VIP-Ed us up, so off we went.

There were drag acts and male models and a lot a lot of men!

The night proceeded to get more bizarre when we were invited to dance on the main stage with the acts! (One of the ‘perks’ of being a Westerner in this society!)

On Sunday, Emma and I visited an ex-Dutch colony in the northern part of the city. It was an interesting day out, the whole area was based around a big town square, it was very European city-esque. 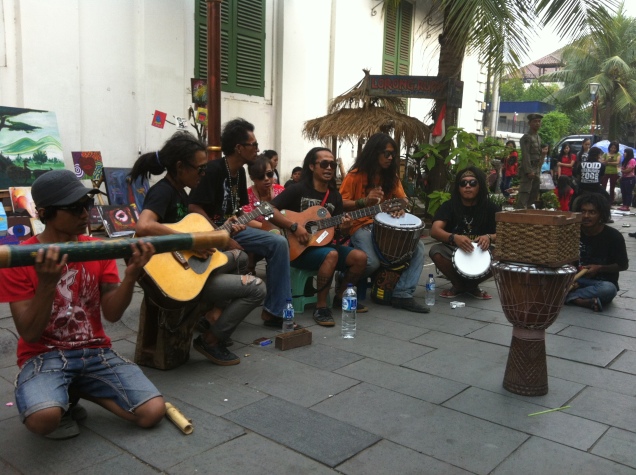 The whole attitude of the area was very laid back and I felt like I was on holiday!!

Back to the grind today – thankfully it is a national holiday tomorrow to celebrate the Islamic new year. On our way home from school we saw lots of people dressed in traditional religious outfits on the way to the Mosque, where they will pray for forgiveness for any sins in the past year at midnight. Oh how the New Year scene is different from the UK! 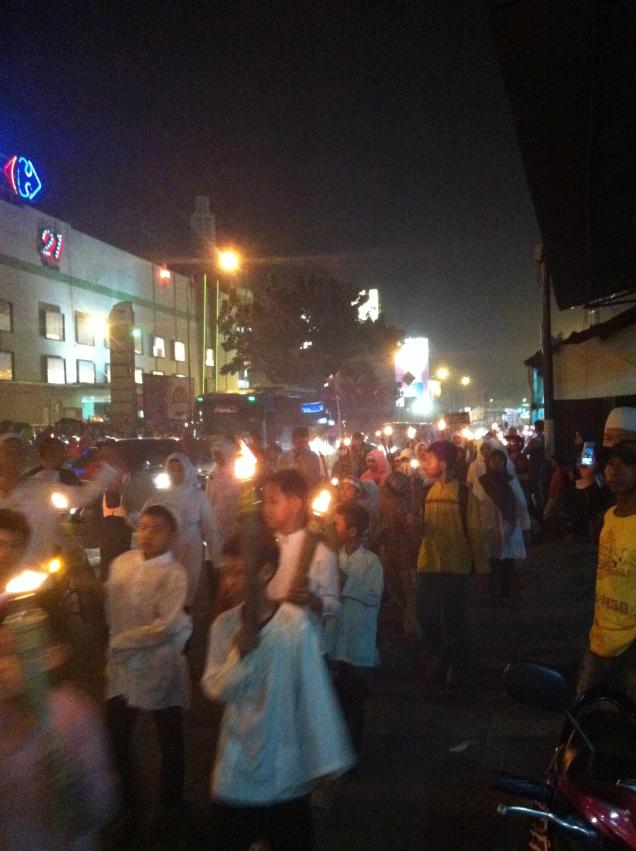 2 thoughts on “Another Day, Another Experience”